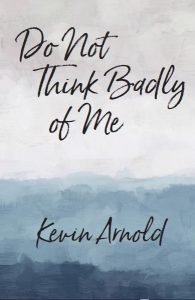 Kevin’s newest poetry collection, published by Manzanita Writers Press, is due out March 1. You can order your copy from us directly, or from the author.

Amazon has copies, but we would prefer that you support the author directly! After large distributors take their cut, there normally isn’t much left over for the talented creator of the work. By ordering directly from the author or publisher, the author retains most of the proceeds to support the expenses of writing, publishing, and marketing a book.

Copies will also be available on Amazon as a print and ebook, but we urge readers to purchase print copies from us or the author so that most of the proceeds will go back to the author instead of  corporate giants who benefit from Amazon purchases. Thanks!

In this far-reaching poetry collection, Kevin Arnold explores the intricacies of relationships, enhancing his observations with reflections on the little things in life.

The book begins with the journey of his wife’s descent into Alzheimer’s with all the struggles and revelations involved. The collection’s title is from a letter written by Alois Alzheimer, who, in response to being asked where she was ‘right now,’ responded, “Here and everywhere, here and now, you must not think badly of me.”

These poems move well beyond Alzheimer’s to reflect with vision and clarity on episodes he has shared with his children, teachers, students, and lovers. The poems provide glimpses into urban, suburban, and rural experiences, often accentuating his appreciation and respect for nature and the environment.

His poetry has been widely published in numerous literary journals. Kevin has previously published a chapbook, Nineteen Poems around a Divorce. His award-winning novel, The Sureness of Horses, was published in 2018.

Kevin’s poetry delivers meaningful concepts with a gentle touch. His perceptive, often ironic, view of himself and the human condition leaves the reader with a warm awareness of our connectedness. This is why “Kevin’s Much-Loved Poems,” his featured series in US Represented, continues to perform so well with our appreciative audience. – Eric Stephenson, Editor, USRepresented.com 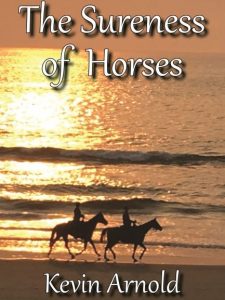 When divorced Wade Middleton meets wealthy Diana Buchanan, a beautiful horsewoman relocating to Palo Alto, California, from Texas, he is introduced to the exhilarating world of horses and fox-hunting, and a whirlwind romance spins out of control. Talk about a culture clash. Problems arise in the relationship when Diana cannot let go of her high-horse lifestyle, nor disengage from her powerful husband. Wade’s love of poetry isn’t exactly embraced by Diana, either, and they are worlds apart. Yet for some reason, the two are saddled by an attraction to each other neither understands.

​            Wade learns to jump fences so he can ride behind the hounds with her. But he loses his passion for the sport one morning when he and Diana watch the hounds eviscerate a wild boar.

Add to this Wade’s frustrations when he tries to help his friend Jorge when he needs it most, and the guilt that ensues from his having the hots for his friend’s wife, a desire he admirably suppresses to an extent, and you have the makings of trouble. Wade has his own demons to wrestle down, but he is unprepared for the tragedy to come.

What people are saying about

“Lyrical, compelling, absolutely riveting. Arnold had me hooked from page one.”  —Sara Houghteling, Fulbright fellow, Winner of the 2016 Narrative Prize and author of the award-winning novel Pictures at an Exhibition

“Unassuming Midwesterner Wade Middleton and wealthy, sophisticated Diana Buchanan are brought together by chance, newcomers in the swank confines of Palo Alto, California: “The Sureness of Horses” explores the various levels of that town’s mysterious, evolving class-system ladder—and on those quiet streets discovers violence where sexual passion and career ambition chafe. In the purest, most empathetic narrative tones, Kevin Arnold charts the forking paths of a moral wilderness in a society of ambitions achieved, ambitions pursued, and ambitions thwarted.”

“Once Diana introduced Wade to riding to hounds, I couldn’t put the book down. This activity was one of George Washington’s greatest passions, and these action-packed scenes ground Kevin’s novel in a rich American tradition. They remind me why my family and I have devoted ourselves to the sport for nearly thirty years.”

“Kevin Arnold’s new novel touches the raw places that are the material of our human lives. In The Sureness of Horses, Arnold moves us through the subtlety and texture of poetry, love, parenting, growing older, and yes, the uncertainty of our own sureness. It’s a humble novel that speaks volumes.”

“What stood out for me was the artful blending of poetry into a muscular, well-plotted novel. The title is taken from a Jane Hirshfield poem, emphasizing aptly Arnold’s twin skills as poet and storyteller. It’s the rare novelist who can enhance a narrative—and move a reader—with the use of poems that amplify the story’s arc. Arnold is one of those very fortunate writers.”

—Julia Glass, author of the National Book Award-winning Three Junes and A House Among the Trees. 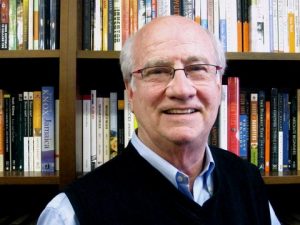 A graduate of the University of Wisconsin and having served in the US Navy, Kevin Arnold has published fifty stories and poems in literary journals and a book, Nineteen Poems around a Divorce. He earned his Master’s in Fine Arts from San Jose State University in 2007, the same year he helped found Gold Rush Writers in the California Mother Lode. He has ridden to hounds since 1999, earning his colors with the Los Altos Hounds. He served as President of Poetry Center San Jose for twelve years. Besides being a member of the Academy of American Poets, and being a longtime friend of the Squaw Valley Community of Writers, Kevin is an Elder in the Presbyterian Church, USA. The San Francisco / Peninsula California Writer’s Club recently named him Writer of the Year.