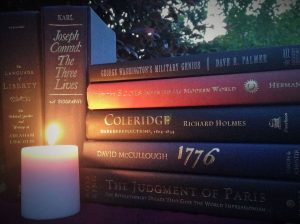 Scott Thomas Anderson: Can Literacy Survive in the Digital Age?

On January 20, award-winning journalist Scott Thomas Anderson will speak at Manzanita Arts Emporium, exploring how prose, poetry and creativity will make or break the English language in the Digital Age. For more than a decade Anderson’s worked as a crime, culture and travel journalist, writing in the center of a media metamorphosis that continues to alter how Americans share their everyday experiences. Starting at 6:30 p.m., Anderson will discuss the danger of our youngest generations learning linguistic impulses through hyper-abbreviated platforms like Twitter, Snapchat and Instagram. He’ll consider what happens to the brain’s ability to focus when we trade a book’s imaginative doorway for the swamp of fragmented, multi-media distractions. He’ll also look at the future of the written word if today’s writers, poets, artists and teachers don’t recognize a threat against it.

Anderson is a staff writer for The Sacramento News & Review. His work has appeared in numerous publications, including The Irish Independent, Dublin’s largest daily newspaper, and The Coffeelicious, one of the most read online magazines on Medium.com. He’s been interviewed about homicide investigations nationally on the Travel Channel and internationally on Ireland’s Radio 1:Drivetime. His nonfiction book, “Shadow People: How Meth-driven Crime is Eating at the Heart of Rural America,” is an exploration of nation’s modern methamphetamine crisis. In 2015, his newest nonfiction book was released, “The Cutting Four-piece: crime and tragedy in an era of prison overcrowding.”